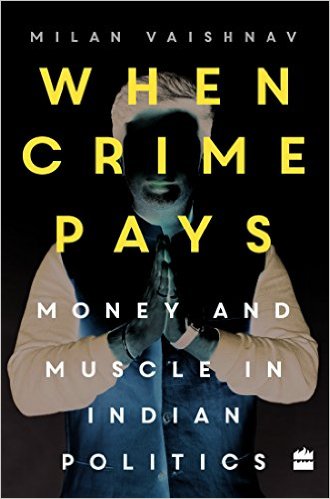 My first book, When Crime Pays: Money and Muscle in Indian Politics, was published on January 24, 2017 by Yale University Press (US) and HarperCollins India (South Asia)

You can order the U.S. version of the book on Amazon or directly from Yale.

The link for the South Asia edition is here.

The book is available in the UK and Europe via Yale UK and can be found here.

Here are a few excerpts:

HINDUSTAN TIMES | FEBRUARY 27, 2017
How criminals were inducted into Indian politics during Emergency

FOREIGN POLICY | FEBRUARY 27, 2017
“If Money Is Not Distributed, You Are Finished”