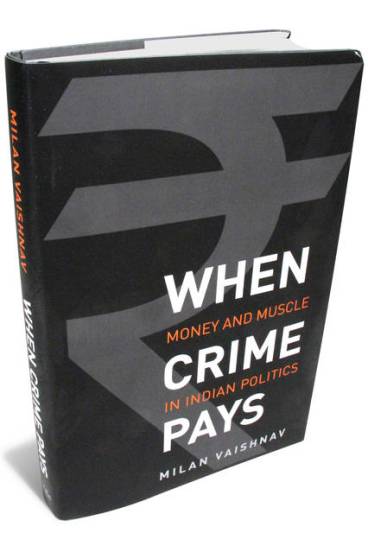 To my utter delight and surprise, Raymond Zhong of the Wall Street Journal reviewed “When Crime Pays” in today’s paper. And, in even better news, he seems to like it.

The first paragraph literally made me laugh out loud:

The next time you sink into despair after news of a politician’s sexting or gaffes, be consoled: At least your city councilman didn’t start out as a bootlegger who did time for inciting religious riots. Your state legislator (probably) doesn’t threaten to feed people who cross him to crocodiles kept in a private lake. Your state governor didn’t cut massive pay-to-play deals that helped his son’s wealth grow 4,000-fold in a decade.

Zhong does a really nice job of hitting all the main points. He’s a terrific writer and clearly could have written my book in much nicer prose (reading the review almost makes me wish he had). Another passage:

We also meet more ambiguous figures, including some who seem to be thug, mafia don and Robin Hood all rolled into one. Ahead of polls in the eastern state of Bihar, Mr. Vaishnav watches a local strongman stride through a village with a band of followers in “a display of force and virility.” The politician, Anant Singh, was well-known for his past shoot-outs with police and gangs—yet boasted of organizing 10,000 weddings for poor folks in his constituency. In Bihar, Mr. Vaishnav also meets Sunil Pandey, a longtime assemblyman and former leader of an upper-caste militia group who completed a Ph.D. while in prison for kidnapping. His thesis was on—what else?—the philosophy of nonviolence. Mr. Vaishnav asks Mr. Pandey if he finds this ironic. His reply: “Life is limited and people have unlimited requirements. Thus there can be a need for force in some cases.”

The review is not without its critiques. In particular, Zhong writes that the book could have used more moments of “bleak comedy,” drawn  especially from the outrageous characters occupying Indian political life. He is undoubtedly correct in his assessment.

The entire review is here.